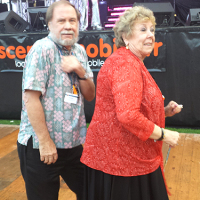 Our second report from the very wet Mineral & Gem à Sainte-Marie-aux-Mines 2013 brings you information from around the show, and a little more from our own booth. The Sainte Marie-aux-Mines show is spread through out the small mining town, both indoors in areas such as the Grand Theatre, and outdoors with tents lining the street. The […] 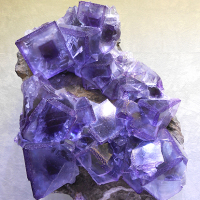 Welcome to the Ste. Marie-Aux-Mines Mineral and Gem Show 2013, and the first of our reports from the show. Another year has gone by and for the first time in several years the team arrived on Monday morning greeted by a wet and overcast Ste Marie. A shock to most of us since we are all used to warm and sunny […] 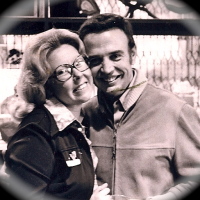 While I was browsing around for something else I ran across some ‘oldies but goodies” – you might enjoy these….. Taken back in the days of the Desert Inn gathering of mineral people before the TGMS show…. The following photo was probably taken in the early 90’s with John and Marge Sinkankas shortly after we […]