Here’s my report from what is commonly known as the “main show” and well it should be!!! I get so annoyed that people come to Tucson and then don’t stay for this show. The Tucson Gem and Mineral Society show is now in its 62nd year and had it not been for this show, this whole bizarre bazaar in town would not have happened.

It was the Society that first invited curators to bring specimens for display – it was the Society that first brought speakers to the show. Word soon spread among the mineral community that something was happening in the quiet town (then) of Tucson. It was where all the Mexican minerals ended up with people like Susi Davis, Jack Young, John Whitmire, Dick Jones and Mexican miners and dealers. The place was filled with great minerals.

Our first visit to the show was in the days at the fairgrounds and the show was held in one of the quonset huts (with a slight odor of cow manure). There was Ed McDowell judging mineral cases, Paul Desautels shopping around for specimens for the Smithsonian, and many ‘new’ dealers checking out the scene. Since that first visit in 1968 we have been to every single show and have been dealers at the Society show for over 40 years.

No longer is it a show of tables with beer flats full of minerals. Things have evolved over the years starting with the move to the brand new convention center. I like to think that it was Kristalle that was instrumental in making the booths more appealing – gone were the beer flats. Beautiful lighted cases, flowers, table coverings, photos and music in the background. These days there is an almost competition to see who is going to decorate more elaborately. Certainly, my vote goes to Collector’s Edge (as you will see in photos).

Probably the most important part of the show is the set-up – nothing can be rushed and you want to make certain everything is in order and ready to go.

So let me walk you through the show: 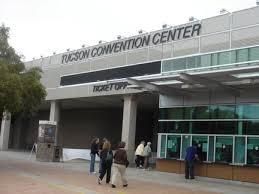 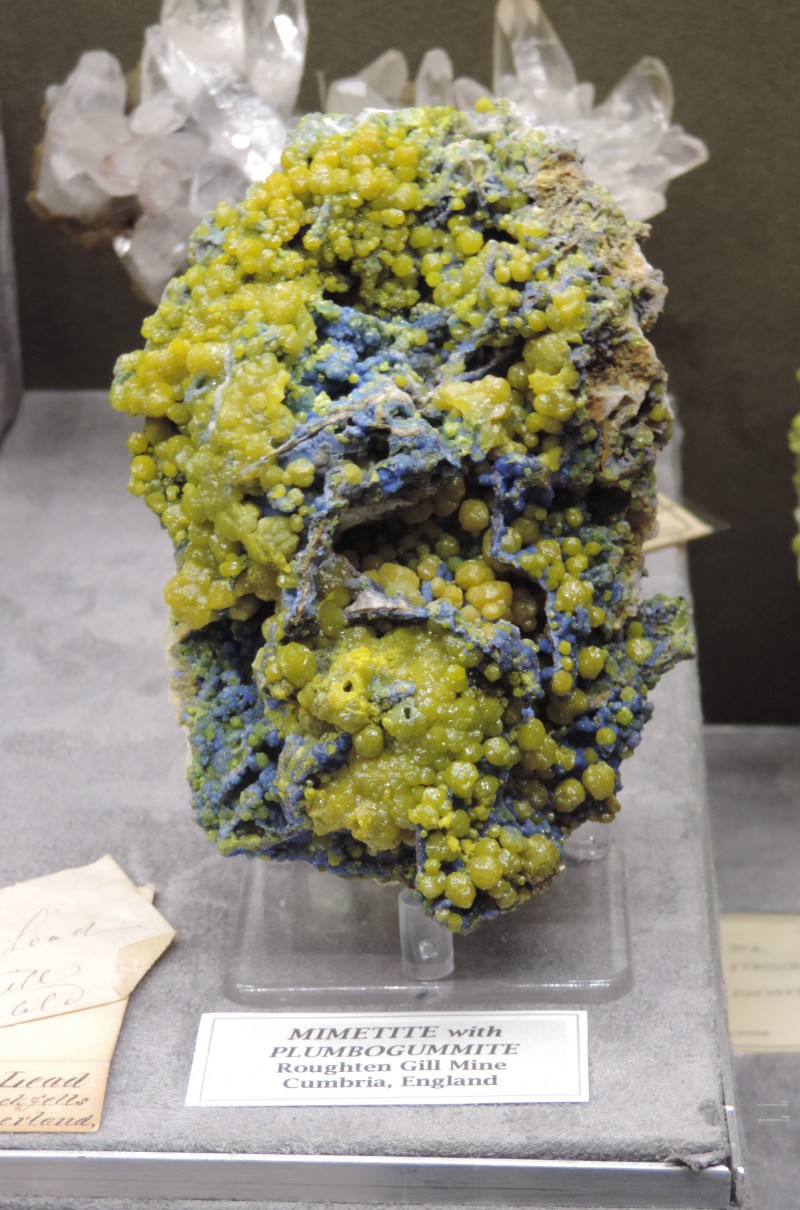 The plumbogummite/mimetite came from the Philadelphia Acadmy of Sciences collection. 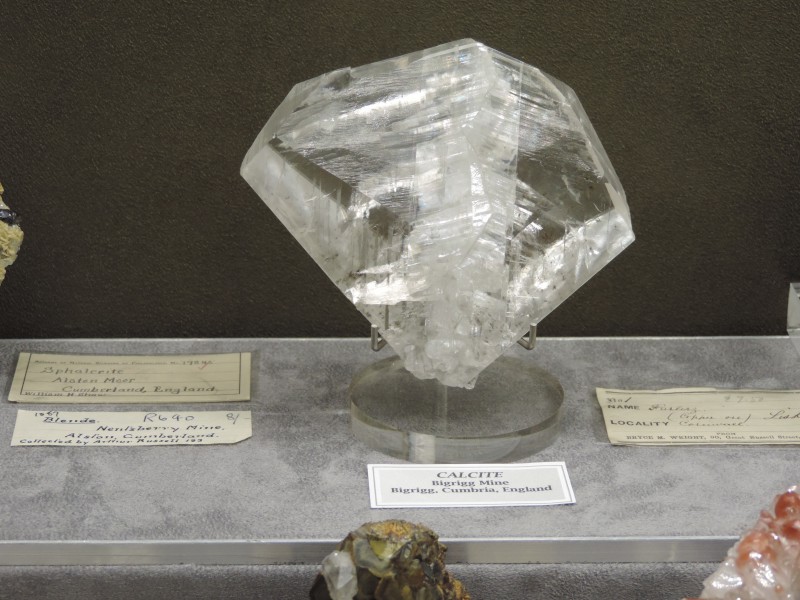 This calcite twin is one of our favorites.

I get so involved with talking to people that I never take enough photos, but you can see more on websites like Trinity Minerals and MinDat who do a great job with show reports. I’ll try to get better at this.

Probably the discussion I hear most all over Tucson among mineral collectors and curators: the prices!!! I can’t say that I disagree with them. It would be hard for any young collector to enter the market these days especially if they know minerals and quality. Yes, the very, very best will always command a high price tag (same in gems, paintings, stamps, etc.) BUT I don’t think we need to drag the ‘almost rans’ along. We went through our entire inventory before the show and really looked at it long and hard. In the end, we lowered more prices across the board than raising them. We think it was the right thing to do. We sold to many people new to collecting and the high-end was priced so no one would have to sell their house to buy a rock.

Of course, this is just the way we like to do our business. We never felt that the ‘better fool’ theory was a good one. We always like to keep the inventory moving and keep our customers returning. I think we’ve held to this in most of our 45 years in business – there was a slight ‘bump’ for a few years but now we are back to a comfortable position for us.

Any questions, suggestions or ideas??? I would love to hear from you. I admit that I not coming into the computer age and websites gracefully. One big internet dealer said we were dinosaurs and should exit the scene.  Personal contact has always been our thing but we realize it is 2016 so we have to ‘get with the program’( (eventually)…….

Thanks for tuning in!