While I was browsing around for something else I ran across some ‘oldies but goodies” – you might enjoy these…..

Taken back in the days of the Desert Inn gathering of mineral people before the TGMS show…. 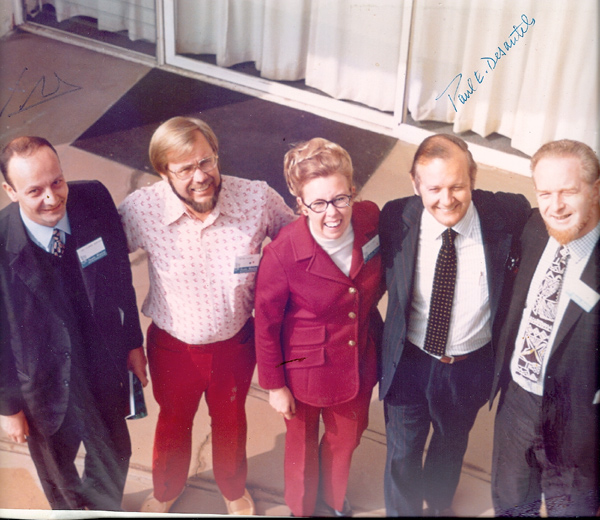 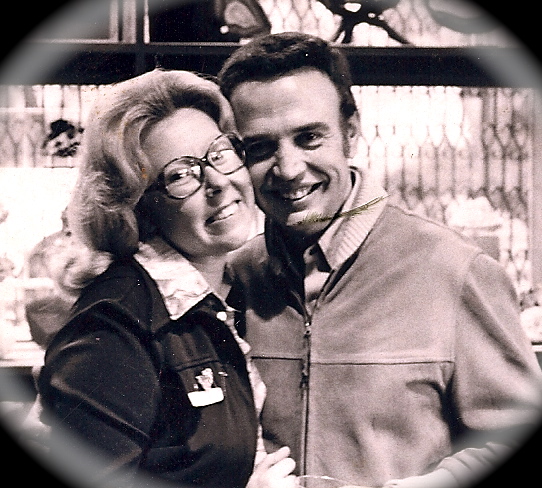 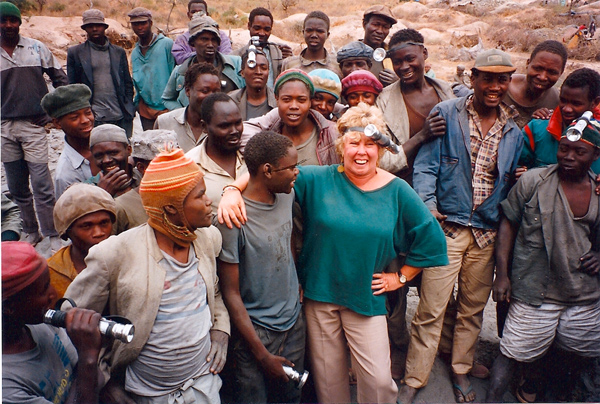 This was in 1993 at the Merelani Tanzanite location – I’m not sure these guys knew what to make of me – Wayne missed this trip!

The following photo was probably taken in the early 90’s with John and Marge Sinkankas shortly after we purchased our current building – still unpacking but Wayne would stop everything to talk with John – we learned so much – really do miss the old curmudgeon.  And I have no idea who the lady is in the photo to Wayne’s right…. 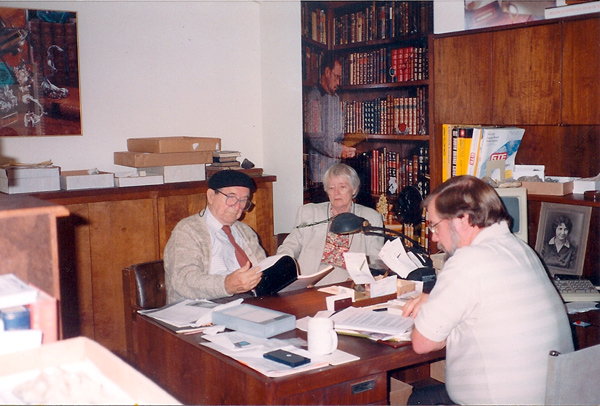 Wayne with John and Marge Sinkankas

Wayne at the Explorer’s Club annual dinner in New York at the Waldorf with Bertrand Picard (first to complete a non-stop balloon flight around the globe) who signed our explorer’s club flag.   This was in March 2000.  What an event these dinners are – animals flying and running around the ballroom, the ‘exotic’ menus, the famous explorers, the bagpipes – love it!!! 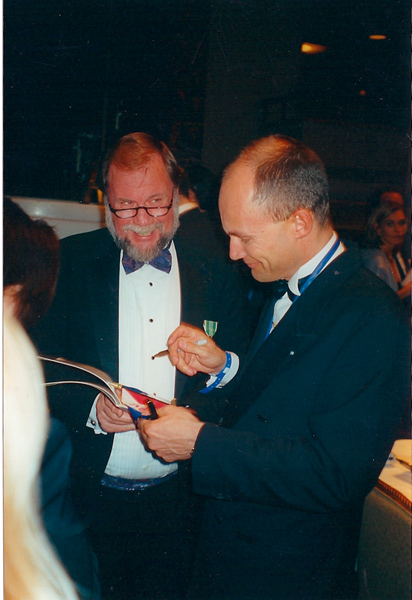 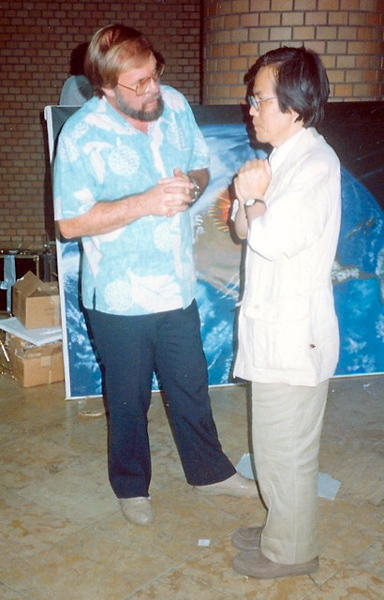