The ‘Tokyo show’ (the short name version) began in 1988 with a group of mineral dealers and collectors formed under the name Tokyo International Mineral Association (TIMA). The very first show had only 17 dealers yet the attendance was just over 10,000 people. Now in it’s 29th year the show has about 150 dealers representing 30 countries and a usual attendance of 20,000 or more. Wayne and I were among the very first U.S. dealers to be invited, along with Herb Obodda, Tony Jones, Black Hills Institute and some others I can’t remember – we are one of a few US dealers still there!

The show has a very unique venue. Gene Oshima, a member of TIMA, is the building manager of the Dai-ichi Seimei Building which shares a huge open atrium area with the Hyatt Regency Hotel in the next building. The atrium serves as a short cut for the many office workers to make their way between buildings and the surrounding streets. The space solution: put up temporary walls around the entire atrium, make a street entrance only, and move in tables, lighting and secure the loading dock in the garage area.

Let’s face it: ambiance it does not have, but that does not seem to matter to the people who crowd the narrow aisles for each show. There are numerous bento stands set up outside of the show for lunch and numerous restaurants, and for those Americans who can’t resist there is a McDonald’s and a Starbucks a short walk away. The beauty for us is that many of us stay at the Hyatt (very expensive) and if a nap is needed it is just an elevator ride away.

There were ‘glory’ years at the show in the late 80’s and early 90’s. Our gold specimens were flying off the shelf, including one of the largest we’ve ever had. They ended up with a famous entrepreneur in town and he consented to have them displayed OUTSIDE the Mikimoto store on the Ginza. Only in Tokyo could glass displays be put outside without a real concern about theft. Got to love the Japanese people: so polite, so honest. It was also during those years that we sold a magnificent collection of antiquarian books to Mikimoto and it formed the basis of their now well preserved and valuable book collection about gemstones and pearls.

The Museums of Japan were also good customers for minerals and particularly fossils. We shared a corner in the atrium for many years with the Larson brothers of Black Hills Institute. Those were fun years watching them sell those dinosaurs and Sue Hendrickson, after which “Sue”, the most famous T-rex in the world was named, was usually with us. My love of fossils, particularly ammonites, was hatched sitting next to them. I had first met Pete and Neal when they were in college and peddling fossils for tuition. I still adore them to this day. If any of you have not seen the documentary “Dinosaur 13” please make every effort to see it. I cried most of the way through it when I realized how our government overstepped its power on every aspect. It is an award winning film.

OK, back to the show these many years later. The museums have pretty much got their job done and our collectors are now quite elderly (as we are as well!) and have their collections in order. Each year we find some new collectors that attend the show and many of the school kids who faithfully attended after school on Saturdays are our collectors of today. Wayne also has a cadre of young lady office workers from the surrounding buildings who attend every year and always choose something with color or sparkle. The museum curators still attend from all over Japan as well as university professors.

This show is a ‘happy’ one – all of the dealers look out for each other, we have fun at night together and it is always a pleasure to work with the Japanese people. Wayne and Lois have taken care of the show the last couple of years – I attend every two or three years after spending 25 years there every year. Regrettably, my only Japanese language deals with ordering sushi, but fortunately Alfredo Petrov is always on hand if we need a translation, but almost every young person speaks English. In fact, they love to practice.

On with the show! 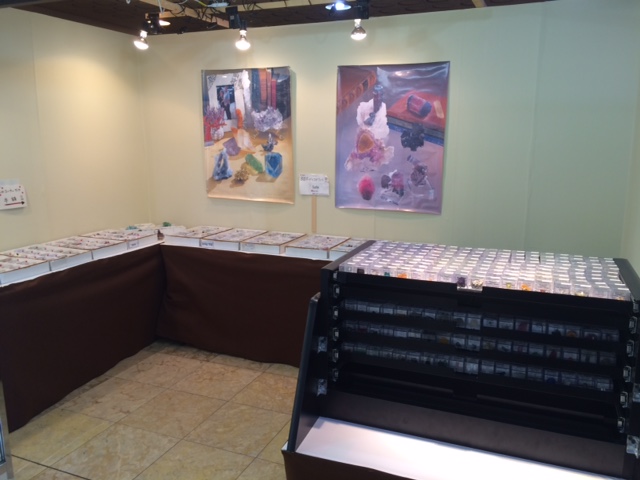 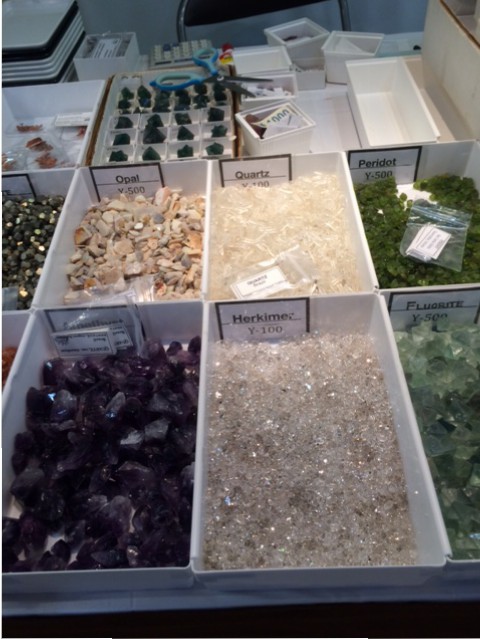 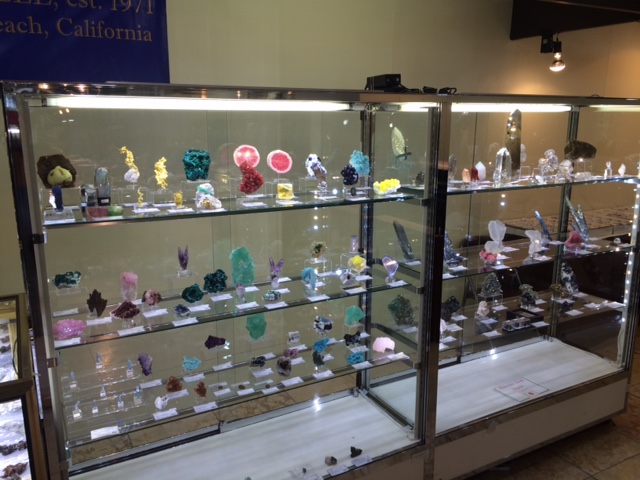